Replication of elements along complex polyline 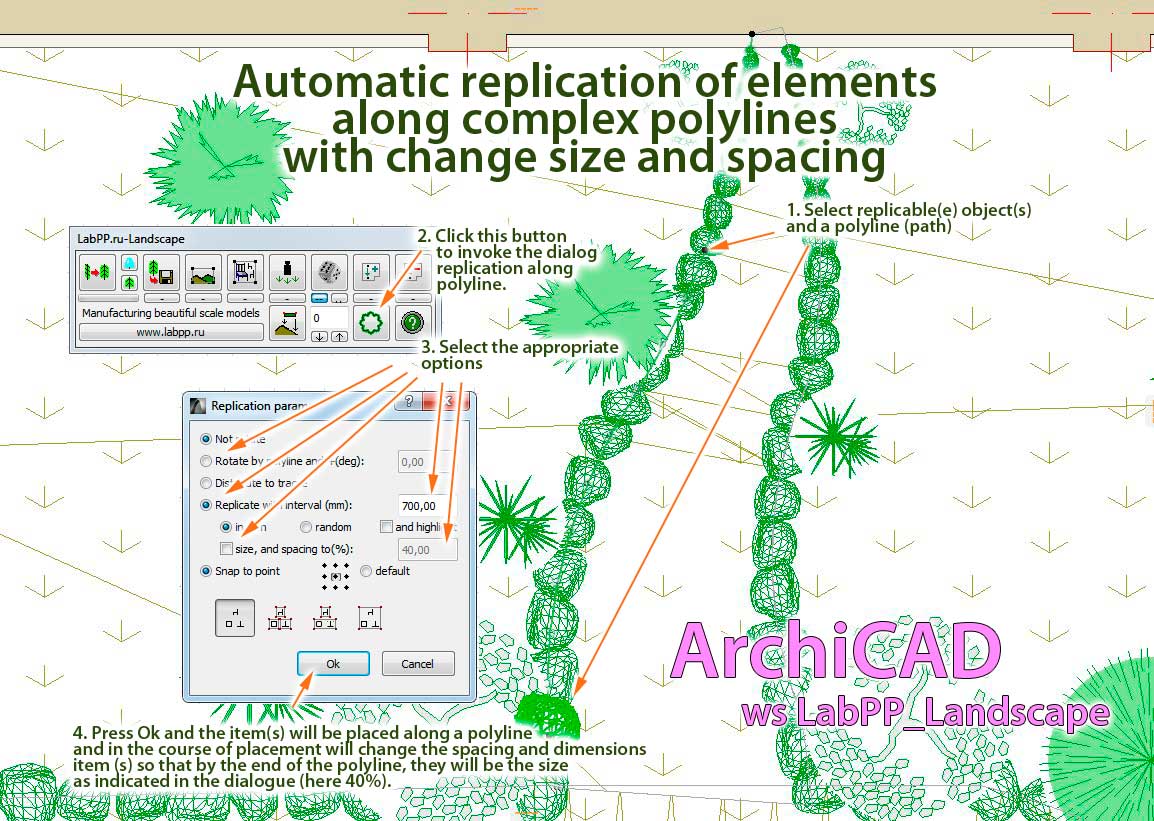 Working with the distribution function and replication for polylines, you can easily implement in your projects any the most intricate ideas.
Call of dialogue of distribution and replication is done in the main palette LabPP_Landscape. Below the dialog appears, you first need the items that You want to distribute or multiply, and a polyline - the way in which You want these elements were distributed or reproduced.

This dialog provides the ability to specify the preferable means of execution of the function. 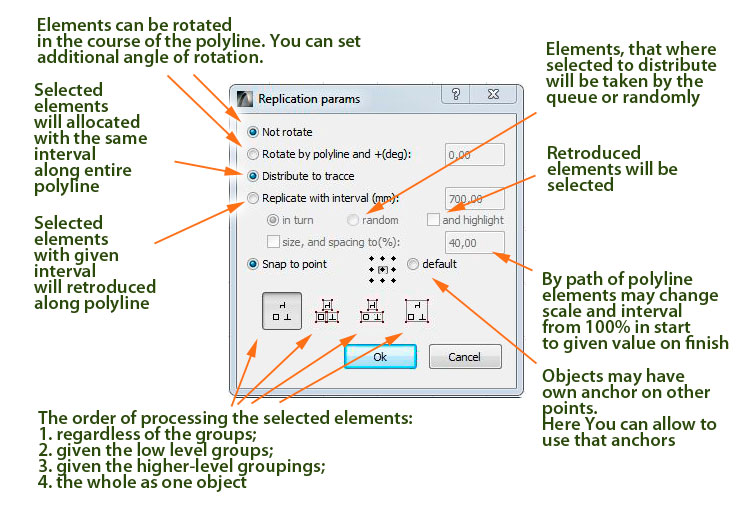 To feel the breadth of capability of this mechanism will create an object consisting of several elements.
We group it as shown in the figure: first, we group the single pair of lines, then the second (with circles outlined with these elements). Then select both the group, add the element of the spline and the group again.
The result is that we have an object consisting of an arc group from the three parts of the - spline, and two pairs of lines.
The tool is designed in such a way to optimally take into account the potential situation for the most effective work on the project.
Here is the creation and the sequence group of element for example: 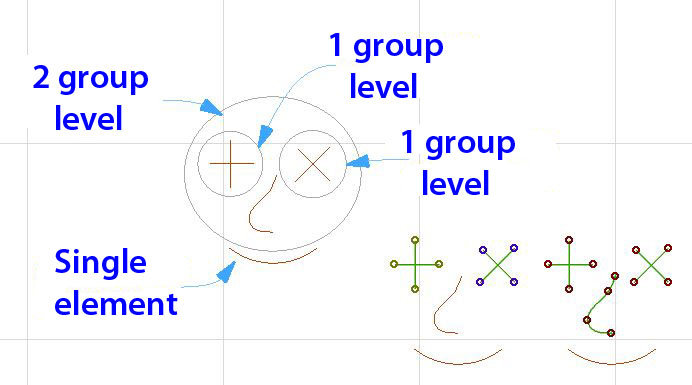 Then draw a polyline along which we place the elements using various modes.
We can place elements or to replicate.

Distribute along the path

In the "allocate on the track" the chosen items are placed evenly across the track. The program to do this, calculate the interval so that all of our elements to the polyline fit.
Select several elements and groups of elements (figure - lower left).
Select the polyline route.
Select to "distribute on the way". 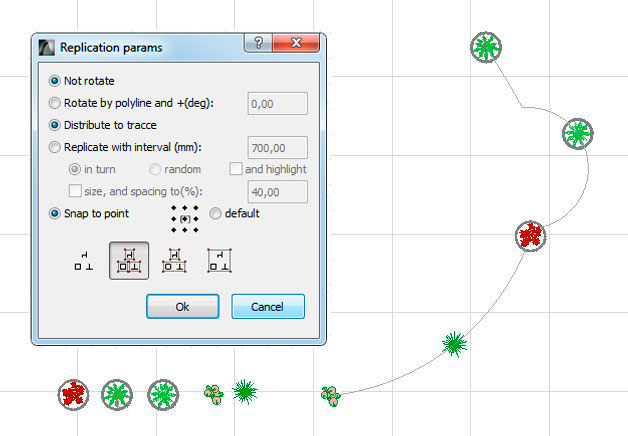 For distribution on the route, the software selects Elementyw the same sequence of the elements in which they were selected by the user.

Turn around the path

During the arrangement of elements on the track, they can be rotated in accordance with the direction of the polyline at the place of accommodation.
To specify this, select "turn on the highway, plus (grad). 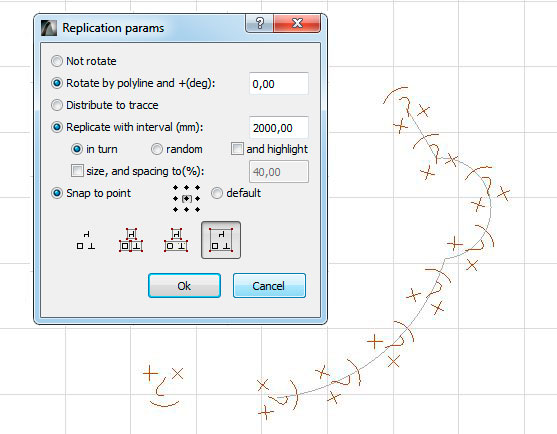 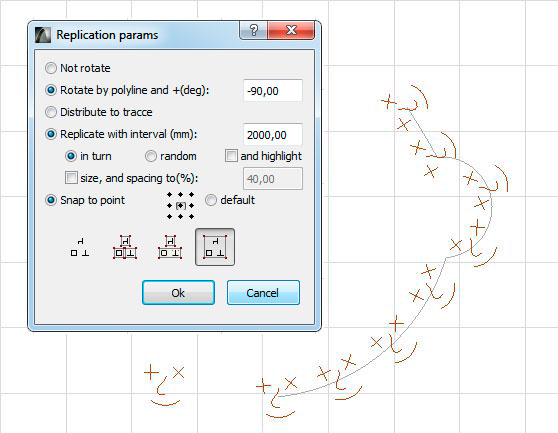 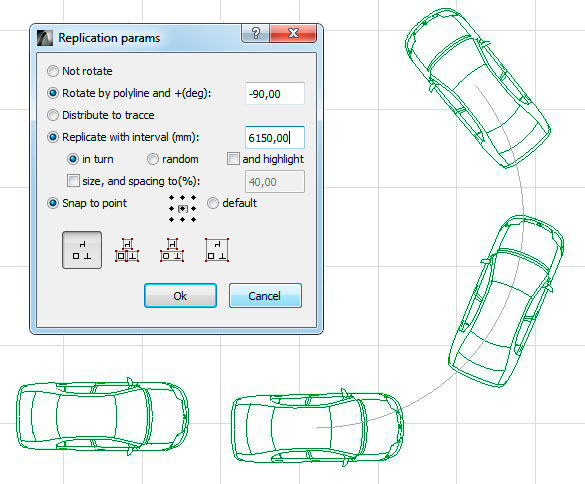 To use this mode, check the checkbox "size and interval (%)" in the input field to specify what percentage of the original is reduced or enlarged the size and interval.
If you need to elements placed close to each other, then the initial interval set to the exact size of the replicated item. 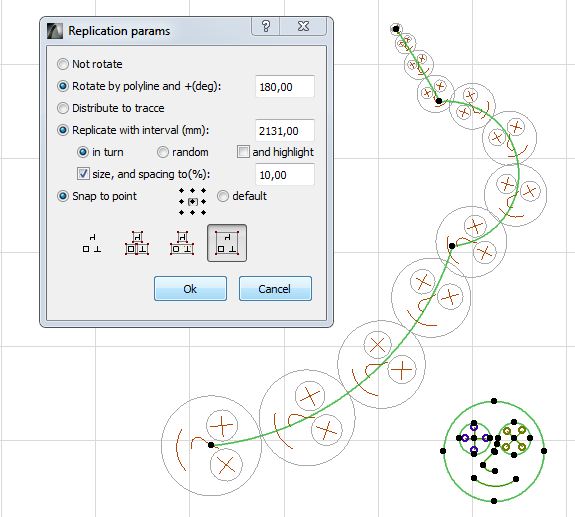 Reproduction in turn or in random order

The elements of the sample can be placed on the polyline in bursts or random order. For example, if You chose to replicate a few columns of growth, then in the "turns" they will be on growth, and in the mode "casual", respectively, is not, and every time differently. 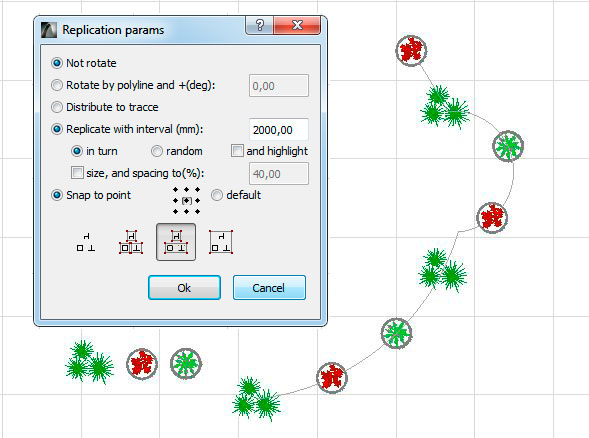 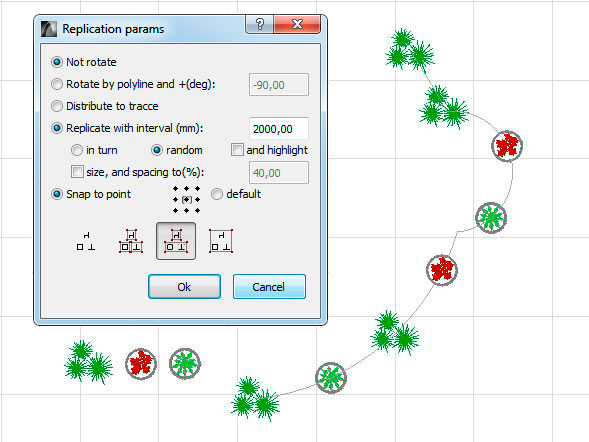 Items can be placed on the polyline that are bound by vertices of the bounding box to the center of the rectangle and default.

The attachment point is the default point, which is specified in the edit dialog of the object. 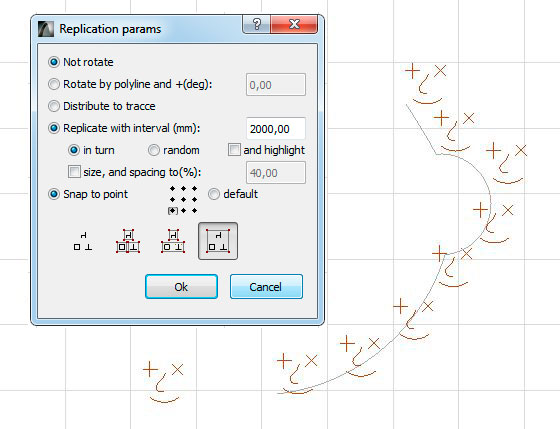 The use of different modes of accounting for groups of elements

There are often situations when nicely need to place the elements, their groups, groups of groups in different combinations.
For example flower, a flower in the bowl, several bowls with flowers, etc.
This made for several modes: without grouping, given the low level group, taking into account higher-level groupings, and as a whole. 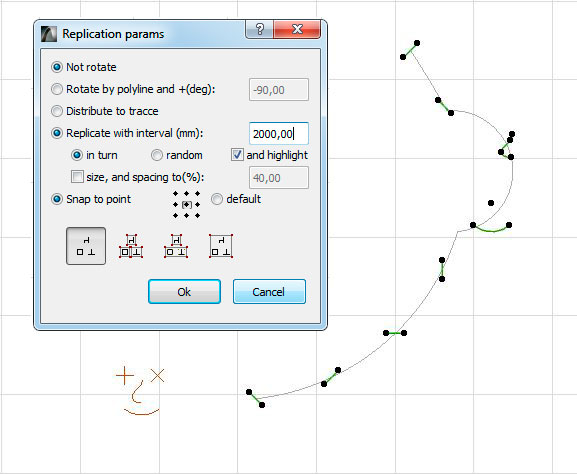 In this mode, without taking into account the groups, each element will be placed on the polyline in their own position. 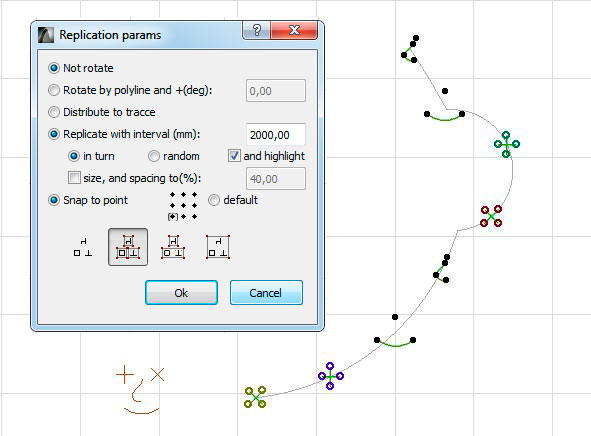 The second mode - given the low level group places on your place individual elements and groups of elements of the initial level. 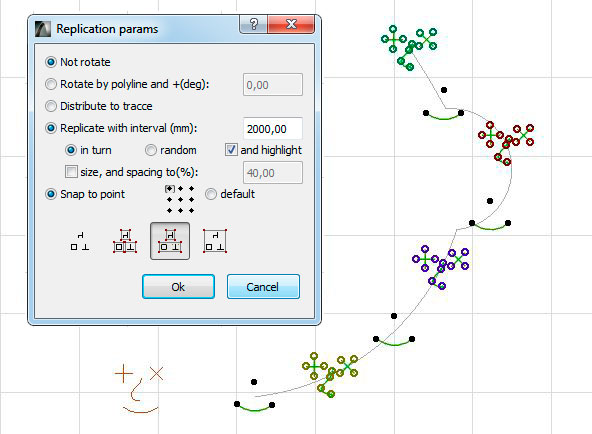 The third mode puts the items without grouping, groups and groups of groups of elements. 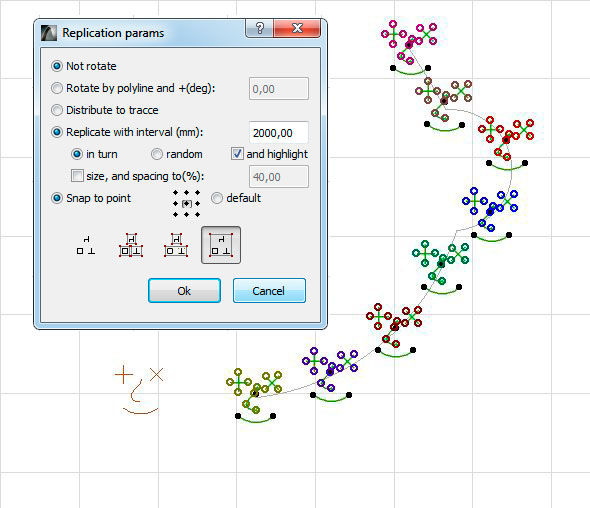 Another mode allows you to treat the selected objects as a whole.
All of these modes in different sequences and combination give the necessary and sufficient possibilities for creating beautiful compositions with a minimum of effort.

To obtain the key to LabPP_Landscape

The key will be sent to Your email address.