30.12.2017 LabPP_Automat: run scripts in the current script from files and string variables with arguments specified.

Now you can create and run new scripts "on the fly" while executing the current script.
You can do as many files as you like with scripts and select them to execute their current script, with different arguments.
You can create scripts in a line and execute them on the fly.
In the text of the new scripts, you can check the contents of the arguments.
In accordance with this, carry out certain actions.

To draw hatch patterns, which will be used to set the shape of objects for LabPP_GoodwinGDL technology, there is no need to translate the boundaries into segments. When restoring hatches from objects, the arches are also restored.

10.12.2017 LabPP_GoodwinGDL: the first version of the free add-on for GDL BIM developers

In order to expand the possibilities for creating and using BIM GDL elements in ARCHICAD, we have started to develop a free program, through which you can perform many operations on objects.
One example is that the user of any GDL object can place it in the project and give it a form of a previously drawn hatch.
You can specify the direction angle in the object, etc.

It was found that in some cases the point of the 3D mesh when landing on a curved surface with a high density of polygons (for example the Morph obtained by rotation) remained in place several points. This occurred because of a defect in the algorithm to determine the location of points on the polygon in the case that the test vector coincides with the vertex of the polygon. Landing points as Now follows.

On the website www.labpp.ru you can download calculator LabPP_Calc for ARCHICAD 21 version. Available options are INT, RUS.

New features the apartment description for ARCHICAD include:

Soon will be released a version for ARCHICAD 17, 18, 19, 20.
Users who have keys to LabPP_Solaris ARCHICAD 16 version can be downloaded from the website of the new distros and install for free.
On the website www.GRAPHISOFT.ru welcome to a webinar on working with LabPP_Landscape

On the official website www.GRAPHISOFT.ru will be hosting a webinar on the use of plugins LabPP_Landscape.

You can sign up for free in the section "events" at this link:
http://www.graphisoft.ru/info/events/
Video recording of the webinar will be available there and accessible.
An update is available LabPP_GenPlan for ArchiCAD 20 version

The addition allows you to place, scale, vzaimousilivat substrate in 2d and 3d, ArchiCAD Windows.
You have the option to dim the brightness of the image substrates for better perception in the depiction and other operations.
LabPP_GenPlan you can download on the website www.labpp.ru
The value of the key - 850 RUB.
For regular users, and to upgrade from older versions 25% discount.
An update is available LabPP_Insolation for ArchiCAD 20 version

The addition allows you to design the facilities to meet the requirements of the Regulations in terms of insulation.
LabPP_Insolation you can download on the website www.labpp.ru
The value of the key - 1900 RUB.
For regular users, and to upgrade from older versions 25% discount.
An update is available LabPP_Calc for ArchiCAD 20 version

Add-on allows you to make instant calculations of properties of elements and transfer to Excel or OpenOffice or a buffer for pasting into other programs.
LabPP_Calc you can download on the website www.labpp.ru
The value of the key - 1750 RUB.
For regular users, and to upgrade from older versions 25% discount.
Released LabPP_Landscape for ArchiCAD 20

It can be downloaded from the website www.labpp.ru
The cost of acquisition of the key - 2300 RUB.
For regular customers and when you upgrade discount is 25%.

You help children when placing orders in OOO Lapp.Ru

Since 2009, LLC "Laboratory of Spatial Design" provides all possible financial assistance to the orphanage on the street of Friendship, 5 under contract No. 1 / 2009 dated 29.08.2009 without defining its intended use.

Every month we enumerated in favor of the children of the money received for the account of the organization in all subject areas. 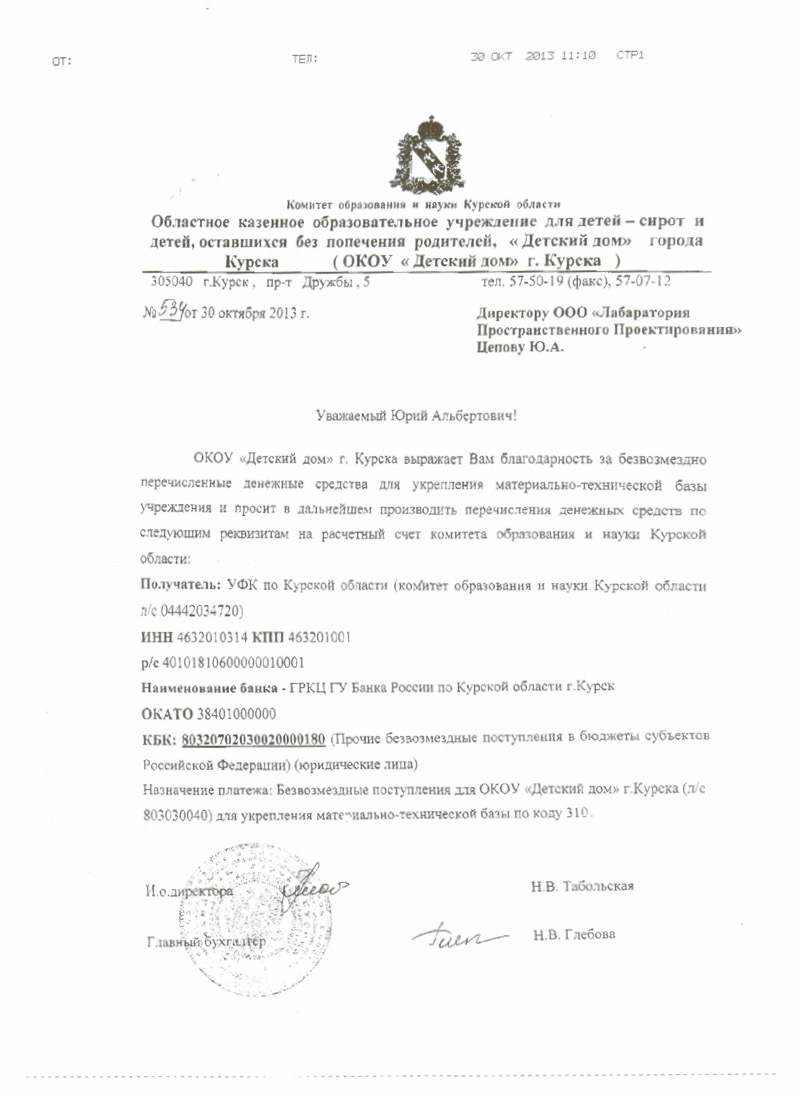